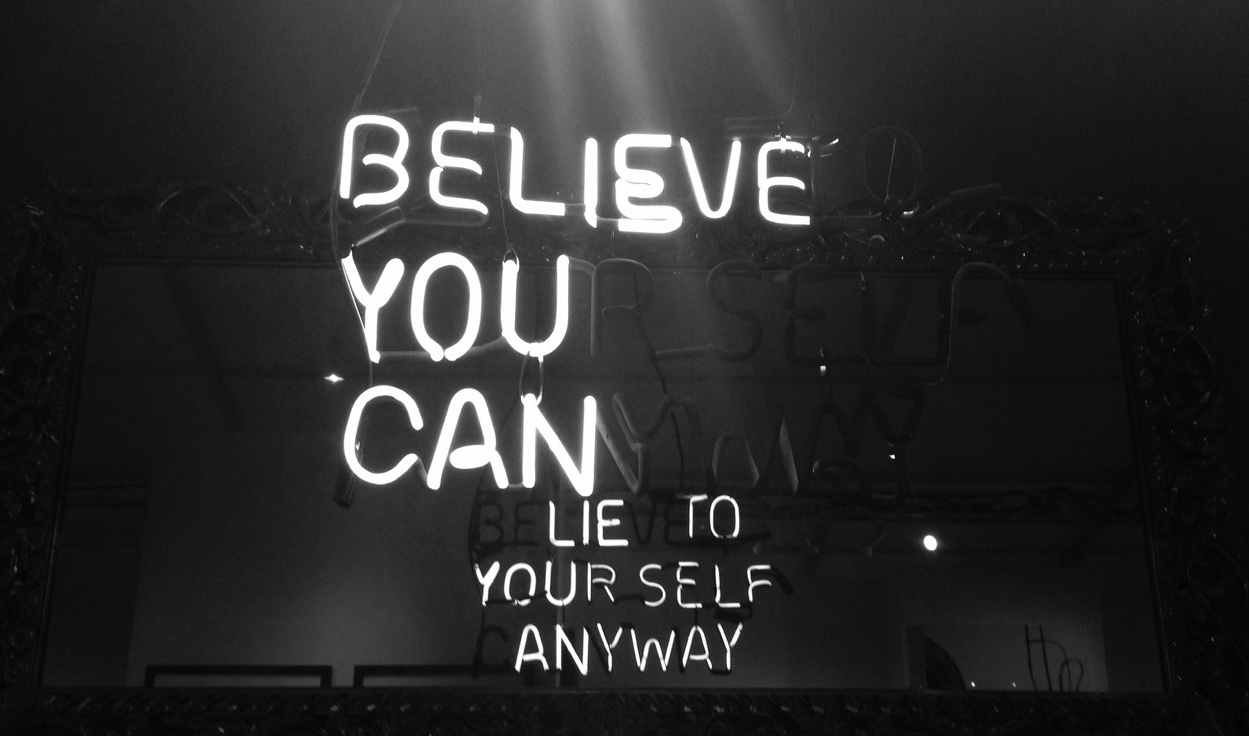 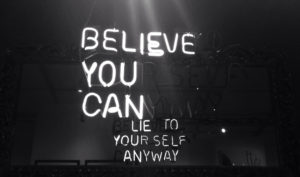 Forces of Fashion‍‍‍ is the annual conference held by Vogue US that will be returning to New York City on October 11th. This year’s theme is “Forces for Change” a topic that will sure deliver plenty of subjects to create a discussion about both fashion and the times in which we live. In an everchanging fashion panorama, this edition will celebrate those who are daring to do things differently, from the designers transforming haute couture from the inside out to the radicals reimagining street style; from the challengers upending the modeling industry to the women making their own rules about how to run their fashion businesses; from an environmentalist who brings business and activism together to the individualistic new stars of the red carpet.

We highlight here three discussions that will highlight some themes dear to our heart and that we always strive to accomplish and support in our everyday activities.

THE BRAND IS FEMALE

Rodarte and Simone Rocha are two of fashion’s most whimsical and imaginative labels—with the women behind them independent, in charge, and unafraid to go their own way.

Kate and Laura Mulleavy are the founders and designers of Rodarte, a leading American luxury fashion house established in 2005. The sisters are known for pushing the boundaries of fashion design, with works featured in national exhibitions at the Metropolitan Museum of Art and the Boston Museum of Fine Arts, as well as dedicated exhibits at the Cooper-Hewitt National Design Museum, the Museum of Contemporary Art in Los Angeles, the Los Angeles County Museum of Art, and a brand retrospective coming to the National Museum of Women in the Arts in November. Rodarte was also shown for the first time on the Paris couture calendar in 2017, solidifying the Mulleavys’ reputation for unparalleled dedication to craftsmanship and technique. Their oeuvre extends to film and theater, as well, including (but not limited to) writing and directing the feature film Woodshock, designing and creating the ballet costumes for the Academy Award-winning film Black Swan, and designing gowns for the Los Angeles Philharmonic’s 2012 production of Mozart’s Don Giovanni. As one of the few female-led, female-owned fashion houses in the world, Rodarte continuously proves it is at the forefront of creativity and influence. The label has been worn by Natalie Portman, Kirsten Dunst, Selena Gomez, Elle and Dakota Fanning, Tessa Thompson, Greta Gerwig, Danai Gurira, Saoirse Ronan, and Millie Bobby Brown, amongst many others. Rodarte is carried by Moda Operandi, Net-A-Porter, Bergdorf Goodman, Neiman Marcus, and Matches Fashion, amongst others.

Simone Rocha was born in Dublin in 1986. In 2008 she graduated with a Bachelor of Arts degree in fashion from the National College of Art and Design in Dublin, continuing in 2010 to graduate from the acclaimed fashion master’s program at Central Saint Martin’s College, London before debuting at London Fashion Week later that year. Her collections have gained her some of the most prestigious stockists in the world, including Dover Street Market, Matchesfashion, Ikram, I.T, Bergdorf Goodman, and Saks Fifth Avenue. Rocha continues to create in-store installations and windows within her premium retailers; she has shop-in-shops in Dover Street Market London, New York, Ginza, and Beijing; and she has worked with Dover Street Market worldwide on special installations for seasonal re-openings, anniversaries, and collaborations, always featuring her signature Perspex furniture and handmade sculptures. In 2014, Rocha launched her collaboration with J Brand; in 2015, she opened her first store in London on Mount Street; and in 2017 in New York, Simone opened her first stateside store in Soho, which features Rocha’s signature furnishings as well as art pieces by Ren Ri, Robert Rauschenberg, and Louise Bourgeois. The interiors reflect the continued inspirations of art, nature, family, Ireland, and Asia. Rocha produces limited-edition printed books featuring her seasonal imagery and inspirations, along with the works of collaborators including Jacob Lillis, Eoin McLoughlin, Colin Dodgson, Louise Bourgeois, Perry Ogden, Niall O’Brien, Roni Horn, and Jackie Nickerson. Earlier this year, Rocha presented her first collection as creative director for Moncler as part of the Genius Group.

Sally Singer has been the Creative Digital Director of Vogue since 2012, overseeing all content and creative direction for Vogue.com, including social media platforms and partnerships, as well as original video production. Prior to overseeing the content of the brand’s digital properties, Singer was the editor in chief of T: The New York Times Style Magazine, where she oversaw both the print edition and the website. Before that, during her first 11 years at Vogue, she was the Fashion News/Features Director, responsible for the magazine’s fashion news, politics, celebrity, and culture coverage. Singer began her career at the London Review of Books, was fashion director of New York, and has contributed essays and criticism to The Guardian, The Economist, and The Atlantic. She lives in Manhattan.

THE RUNWAY IS REALITY

In a trend now playing out across the industry, these three young labels—Eckhaus Latta, Gypsy Sport, and Martine Rose—are disrupting the fashion show model by enlisting members of their own communities and reflecting today’s world right back at us.

Zoe Latta and Mike Eckhaus founded their fashion label, Eckhaus Latta, in 2011. The pair met at the Rhode Island School of Design, where they studied sculpture and textile design respectively, and now work between studios in Los Angeles and New York. After graduating in 2010, Eckhaus designed men’s accessories at Marc by Marc Jacobs while Latta established her own textile company to design prints and knitwear for brands including Proenza Schouler, Calvin Klein, Opening Ceremony, and Marc Jacobs. In addition, Eckhaus has gained experience in the studios of the artist Matthew Barney and fashion collective Three As Four and has taught at both Parsons School of Design and the Pratt Institute. Latta was a fellow at the Ratti Textile Center at the Metropolitan Museum of Art and has taught at the Rhode Island School of Design. Eckhaus Latta presents two collections a year during New York Fashion Week as a stage to explore casting, installation formats, and the role of performance. Eckhaus Latta questions an established structure, and the role of collaboration is innate to their practice. Previous partnerships include fashion, jewelry, performance, and audiovisual projects with numerous artists, as well as footwear collaborations with Nike and Camper Together. Eckhaus Latta has also exhibited projects, videos, and collections at art institutions worldwide, including the 55th Venice Biennale, Kraupatuskany Zeidler Gallery (Berlin), Gavin Brown’s Enterprise (NYC), the New Museum (NYC), the Museum of Art and Design (NYC), Galerie Isabella Bortolozzi (Berlin), Moca (LA), MoMA PS1 (NYC), and the Hammer Museum (LA). This summer, Eckhaus Latta will be having their first solo exhibition at the Whitney Museum of American Art (NYC).

Chioma Nnadi is the fashion news director of Vogue.com. She began her career on the features desk of the Evening Standard Magazine in London before moving to New Y‍‍‍ork to write for Trace, an independent style magazine. She went on to work as the style director at Fader, covering fashion through the lens of music, before joining Vogue as a fashion writer seven years ago and taking on a digital role in 2014 to help with the relaunch of Vogue.com.

Speakers: Kate Young and a special guest with Chloe Malle

Today’s standout celebrity stylists have to negotiate the Hollywood machine and the fashion world—and they’re at their most powerful when they encourage their A-list clients to break the rules.

Kate Young is one of the leading celebrity and fashion stylists today. After beginning her career at Vogue under Anna Wintour and Tonne Goodman, she pursued a solo career merging her fashion background and burgeoning celebrity relationships. Today, Kate is one of the most sought-after red carpet stylists, working with Natalie Portman, Margot Robbie, Michelle Williams, Rachel Weisz, Dakota Johnson, Sienna Miller, and Selena Gomez for their red carpet, advertising, and media appearances. On the commercial side, Kate has consulted for Cushnie et Ochs, Mansur Gavriel, Tod’s, and Jason Wu and styled campaigns for Dior, Guerlain, Carolina Herrera, Theory, Victoria’s Secret, Pantene, and Olay. She has served as the fashion editor at large for Interview and styled stories for i-D, Porter, Glamour, and InStyle. Young regularly collaborates with photographers Inez Van Lamsweerde and Vinoodh Matadin, Cass Bird, Tim Walker, Steven Meisel, David Sims, and Annie Leibovitz. She is also the recipient of the prestigious ACE Award for her contributions to the accessories industry.

Chloe Malle is a writer and editor living in New York City. She is a contributing editor at Vogue, where she was social editor from 2011 to 2016 and edited the books Vogue Weddings: Brides, Dresses, Designers (2012), Vogue & The Metropolitan Museum of Art Costume Institute: Parties, Exhibitions, People (2014), and Vogue Living: Country, City, Coast (2017).

Kate Young and a special guest with Chloe Malle